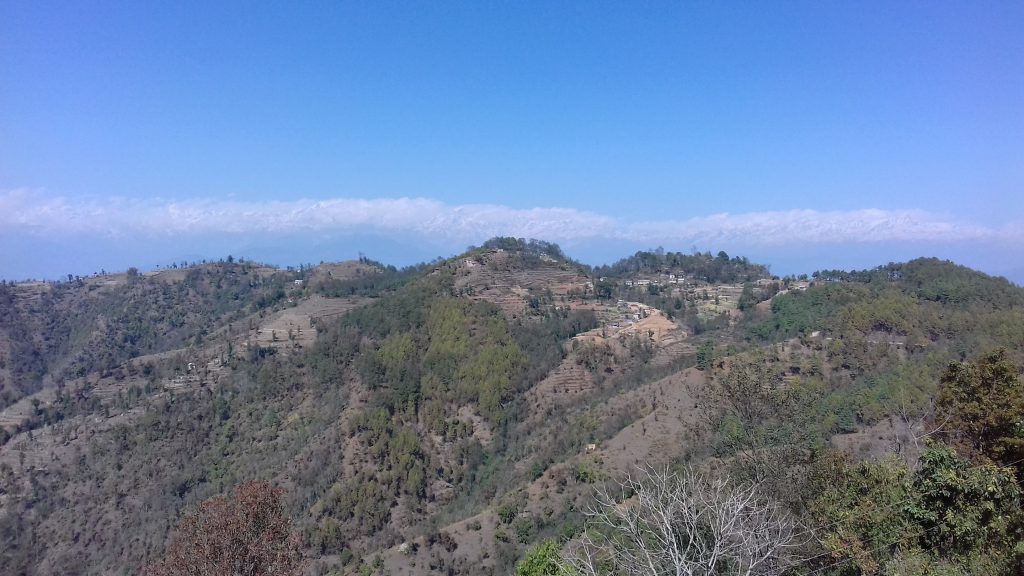 Nepal mountain bike tours kathmandu is a short refreshment ride which is very popular among mountain bikers and travelers. Budhanilkantha is a municipality in Kathmandu, which is at the foot of Shivapuri hills. Since, 2014 Budhanilkantha Municipality is a merger of former VDC like Chunikhel, Kapan, Mahankal, Chapali Bhadrakali, and Khadka Bhadrakali. Budhanilkantha temple, Kapan Monasteries, Budhanilkantha School, Shivapuri Hills, forest rangers, temples, rhododendrons, etc. are some of the beautiful parts of this Municipality.
Your Nepal Mountain Bike tours Kathmandu kick off from Budhanilkantha Temple, which is a sacred Hindu temple of Sleeping Vishnu. Across the rough paths, you head towards Nagi Gompa exploring the territorial landscapes, forest ranges, and local villages. Nagi Gompa is a small gompa situating in the peaceful environment of Shivpuri Hills. This Gompa is an ancient Buddhist Monastery, just 4 km inside Shivapuri National Park. It’s also the teaching place of Buddhism, where you will find monks involved in Buddhist learning. Nagi Gompa comprises of two main gompas within its premises which were refurnished by Tulku Urgyen Rinpoche. His teachings were gracefully regarded as the principle of peace and harmony by the monks in the nunnery.
Similarly, the peaceful view of this monastery gives a glimpse of various foggy hills, views of city areas, birds murmuring, and overall greeny surroundings. Thus, from the route of this peaceful Buddhist monastery, you will be heading towards Kapan. Along, the wavy course you will find a mixture of village and modern houses. From Kapan, this Budhanilkantha-NagiGompa-Kapan mountain-biking route will conclude.

Itinerary:
• Meet up at Hotel and then head towards Budhanilkantha (9 km via central Kathmandu). From Budhanilkantha your mountain biking experience kicks off towards NagiGompa.
• Along the route, you can discover fabulous hilly landmarks, trails, village-towns, Shivapuri forests, and the whole of greeny surroundings. In Nangi Gompa, you can stop and explore this historic Buddhist monastery.
• Moreover, you can have a hilltop view of Kathmandu city, forest hills, Swoyambhunath, Nagarkot hills, etc.
• From Nagi Gompa mountain biking track kicks off towards the curvy road of Kapan. So, from Kapan mountain bikers are transferred to the respective hotels via private vehicle.
• End of Budhanilkantha-NagiGompa-Kapan, Mountain Biking.